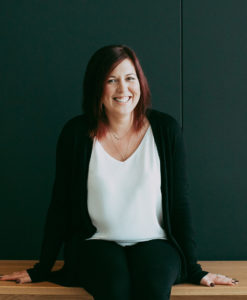 Every January 1st we wake up and set new resolutions; weight loss, eating healthier, working to create balance in our busy lives… just bettering ourselves in general.  BPW Saskatoon is no different, we write resolutions as well but not in the way you might think.  If you are a new member to BPW you might not have heard about our resolutions and why we write them.  So here are some quick fun facts about why we write them and some ideas on what we our resolutions will look like this year.

What is a resolution?  It is a written request to our Federal Government to enact changes that will better the lives of women in Canada and potentially across the globe.  Every year BPW Canada puts out a call to the local chapters to submit resolutions to present to the Government.  We discuss and vote on these at our AGM, and then they are finalized at the National AGM.  Once approved they are presented to our Federal Government for consideration.

Now you may be thinking…okay…that all sounds nice but does anything actually happen from these resolutions.  Yes, they do.  In fact a few years ago BPW Saskatoon submitted a resolution surrounding the gender-biased formula used to determine Canada Pension Plan benefits, requesting that a gender-neutral formula be used as the life expectancy gap between males and females is closing and therefore it is unfair to continue to give women a lower benefit even though we aren’t living that much longer than men.  Fast forward to last year and the Federal Government is conducting a study to re-evaluate the formula used and to make it gender-neutral.

So what are we working on for this year?

One is an amendment to the National Bylaws to allow corporate memberships, this doesn’t seem groundbreaking but it is a request we have heard from our members and we need National’s approval for it.

As National Chair to End Violence against Women I am required to submit a resolution around this specific issue.  Our Advocacy Director and I are looking into two possible resolutions to present.

The first being a resolution to reinstate a clause in the Canadian Citizenship Guide regarding Female Genital Mutilation. While Female Genital Mutilation is an illegal practice in Canada it was previously also written into the Canadian Citizenship Guide.  It has recently been removed in the newest draft.  So why is it important to include this in the guide when we know it is illegal?  Many newcomers to Canada are from countries where this is a common practice.  Having it stated in the Citizenship guide is critical to ensuring that newcomers are aware it is not a legal practice.

The second is a resolution around a possible loophole in the rape shield law that allows the victim to be judged on her actions after a sexual assault when she is in a committed relationship.  This means that if the assault happens between a husband and a wife and the wife continues to be in that relationship it can be used against her during cross examination.  We are all aware that leaving an abusive interpersonal relationship is hard and that should never be held against the victim.

We are still in the research phase at this point but we also welcome other resolution ideas.  All members are welcome to put forth their own resolutions.  So if you have one please reach out to advocacy@bpwsaskatoon.com for more information about how to submit your own.